Jolien is a limited Subway Surfers character who lives in Amsterdam. She is infamous for her child-like nature, such as crying a lot. She is also infamous for having pinkish-purple hair. Some of the more popular Subway Surfers go so far as to bully her for being a crybaby, as well as having pinkish-purple hair and wearing a scarf all the time. Because of this, she is the Subway Surfer who is the most likely to be bullied. She is also very unlucky, as everything constantly tries to kill her. She constantly gets injured by other Subway Surfers, most notably Salma, Evil Jolien, and Liu San Jie. She also gets injured by objects, such as motorbikes, rocks, and even the POW Block.

Jolien is a character in Season 1 of Hammer Bro's Insane Life. She is Hammer Bro's former girlfriend, although she likes to cause some mischief. Due to negative fan reception, however, HammerBro101 decided that he will remove her from the show after Season 1.

In Mina: In Your Face!Edit

Jolien is one of the main characters in Mina: In Your Face!. She works for Evil Mina and has a child-like personality. Because this is an anime, she also speaks Japanese. She is the only character in the anime who speaks two or more languages.

Jolien plays Belle from Beauty and The Beast in Subway Surfers Disney. She's one of the characters to play a Disney Princess.

Jolien is mostly a customer in the Subway Surfers Fooderia series. However, she's an employee/server at Subway Pastaria. She makes/serves pastas and breads to the other customers in the game whether they like it or not if they taste good from what they ordered.

Jolien has purple and pink hair, a teal scarf with a blue hoodie and a white T-Shirt underneath, and wearing jean shorts, a high pair of dark magenta socks, and dark purple converses. She can also be seen holding her phone.

In media like Subway Surfers Kart Wii and HammerBro101's anime "Mina: In Your Face!", she wears lipstick and eyeshadow that match the color of her hair.

Jolien blows a kiss in the Subway Surfers anime. 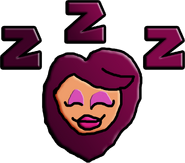 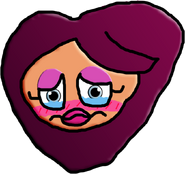 Jolien begins to cry in the Subway Surfers anime. 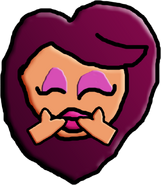 Jolien as Grindor without her main rotors. 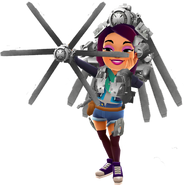 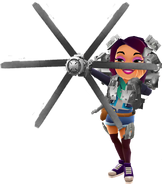 Jolien using her main rotors as a weapon.

Jolien as Grindor with her main rotors in her arm.

Jolien about to spin her tail rotor as Grindor.

Her very own game, "Jolien Does Her Taxes".

Jolien with blue hair. Don't mistake her for Fake Jolien. 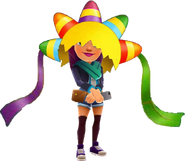 Jolien along with Alex, Ramona, and Mimi in Anime Summer Girls Dress Up Game on Rinmaru Games 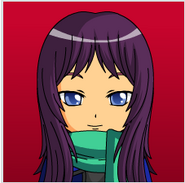 Jolien in Anime Face Maker
Add a photo to this gallery
Retrieved from "https://subway-surfers-fanon.fandom.com/wiki/Jolien?oldid=11537"
Community content is available under CC-BY-SA unless otherwise noted.